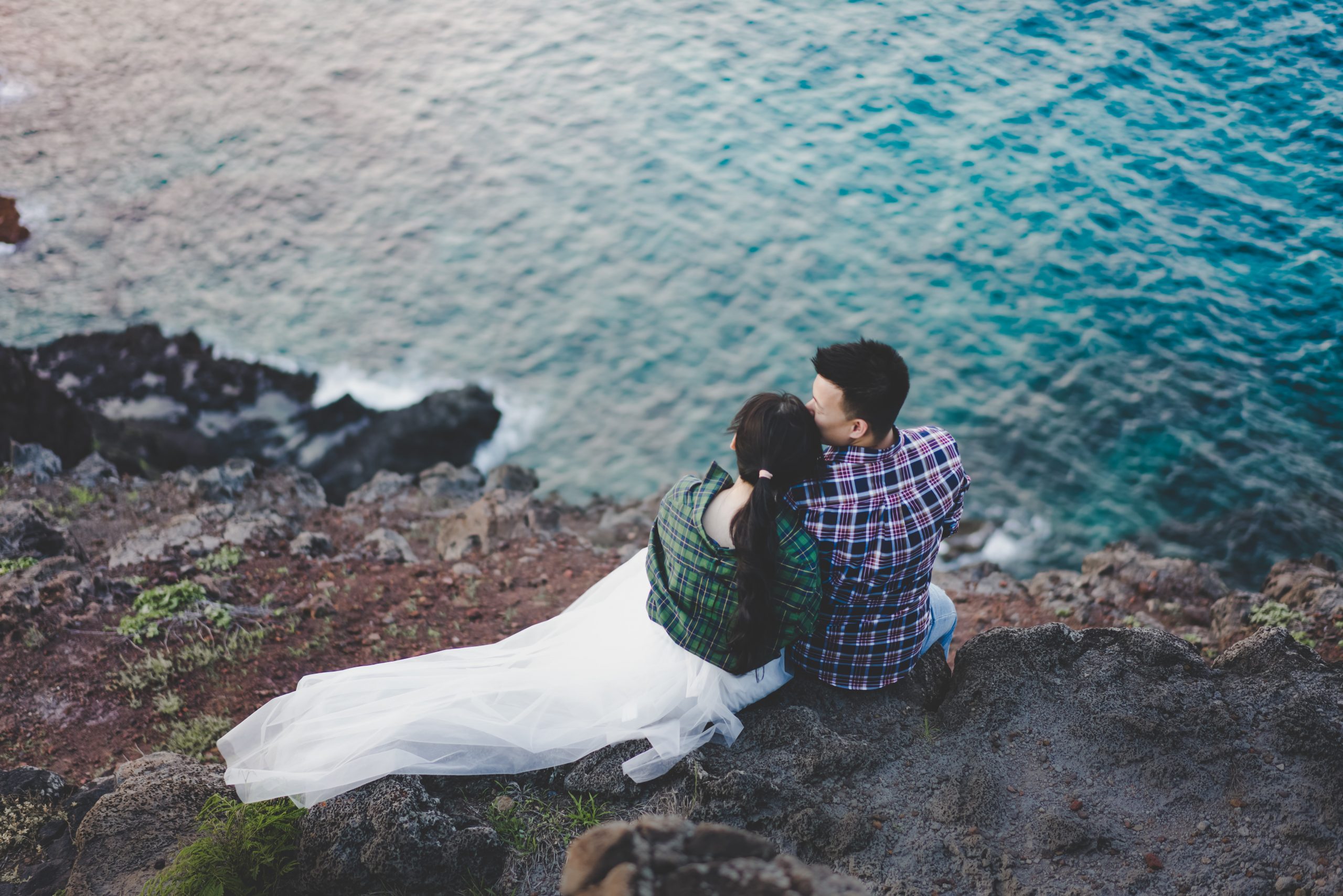 This sweet couple flew all the way to Honolulu from Malaysia to have an adventurous cliffside elopement. We met up with them the day after they tied the knot to capture stunning bridal photos in the forest. Adaleilei was drop-dead gorgeous and so regal in her black gown. (and catch those nails, so much bling!) We had originally planned to hike near the Pali for sunset and the second half of their shoot but had to postpone due to weather. And, we’re so thankful we did! A few days later we tried again in a new location (Makapuu) and captured the lovers overlooking the serene coastal waters of Hawai'i. Adeileil's gorgeous tulle skirt blew delicately in the wind, hiding the Nike sneakers she wore underneath. Her edgy plaid top contrasts the delicate skirt, and matched her new hubby Cheong, to a tee (pun intended). As the wind whipped around us, we played on the steep rocks, the new lovers giddy with joy. We hiked down from the cliffs just as the sun made its final dip behind the horizon bathing Adeileil and Cheong in its warm glow. The scenery at this cliffside elopement, the bride's non-traditional attire, and the sidelong glances exchanged between the two... everything was a photographer's dream come true! 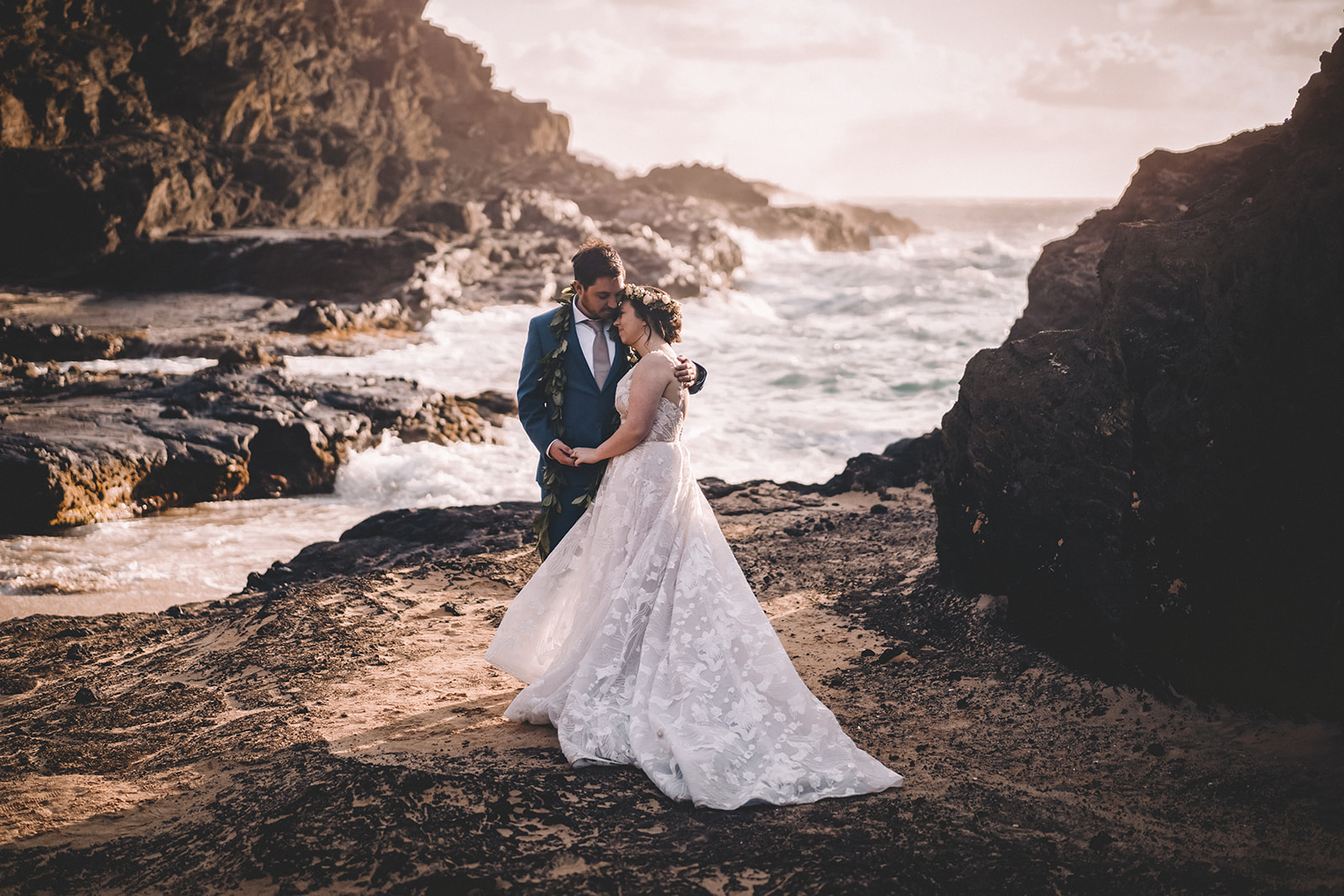 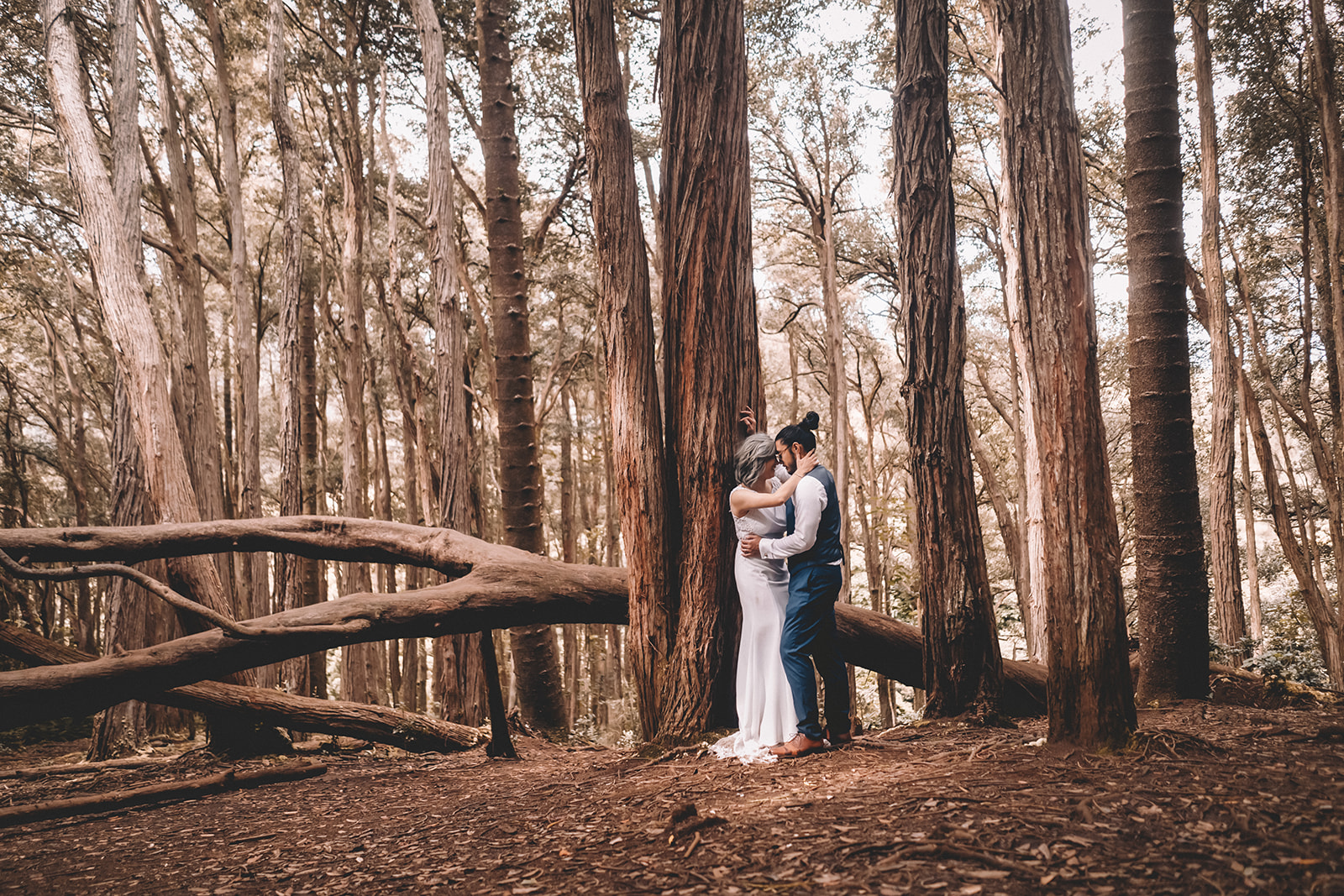 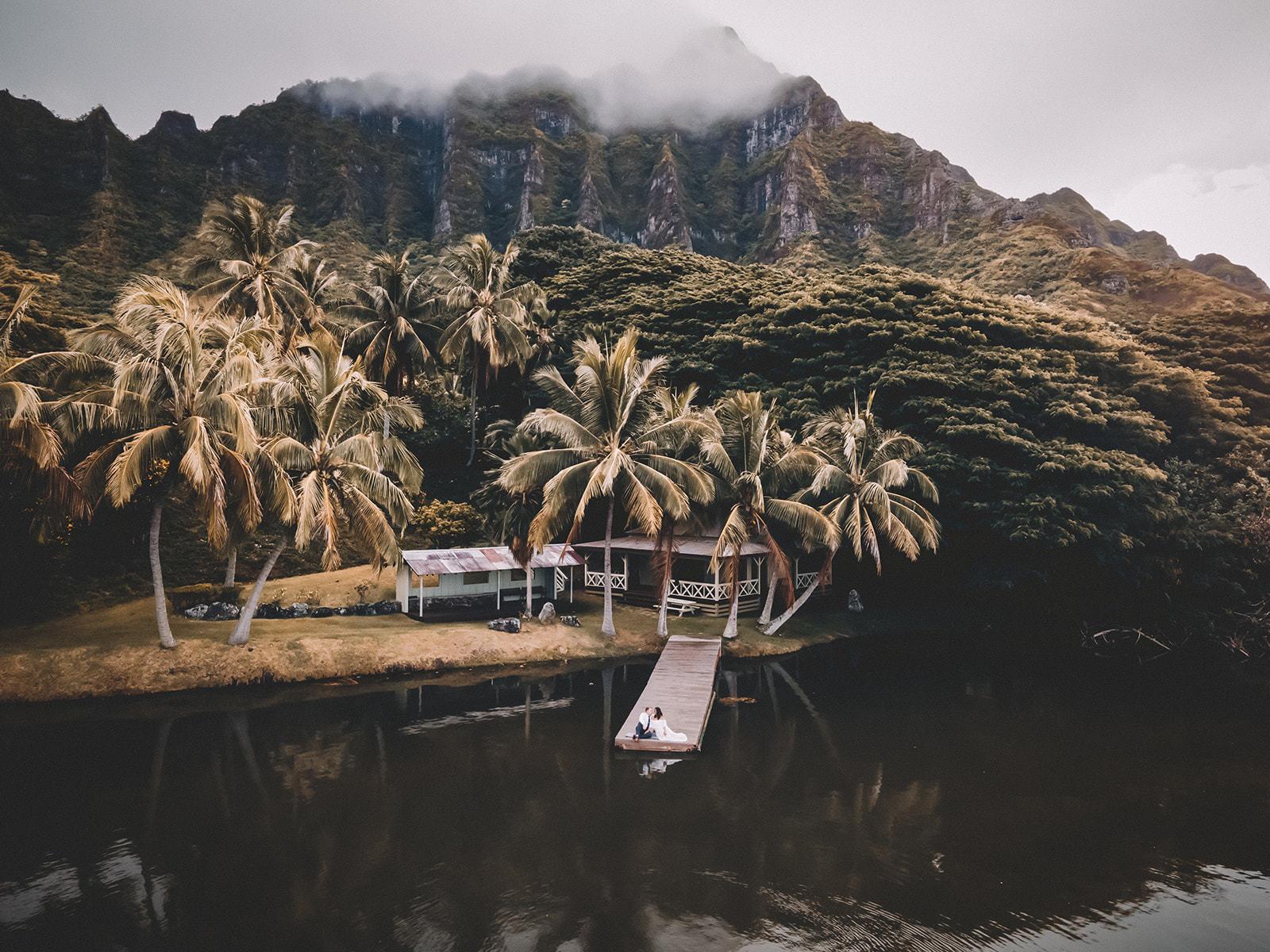